The Rotary Club of Bromsgrove is delighted to have sponsored the creation of a sensory garden in Sanders park. The project was completed in 2012 in conjunction with Bromsgrove District Council who allocated the land and are providing ongoing maintainence for the garden.

The provision of a Sensory Garden in Sanders Park is consistent with the wishes and conditions stipulated in the wills of the late Lucy Mary Sanders and Mary Beatrice Sanders who bequeathed the land upon which the park is formed, to the Bromsgrove Urban District Council in 1951, for the benefit and enjoyment of the local community. 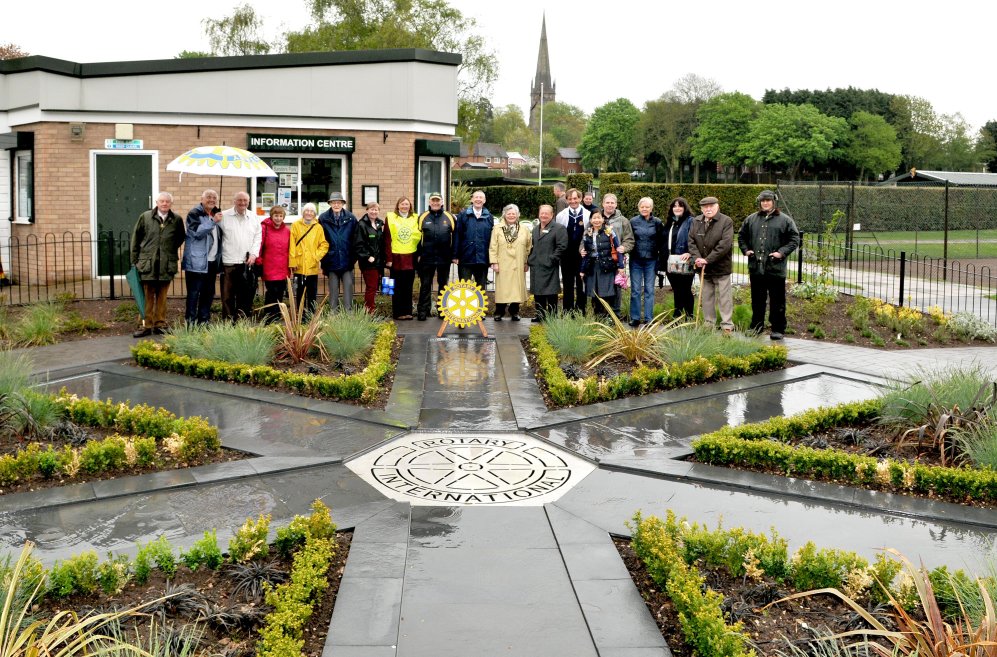 The Bromsgrove District Council 'Management Plan for Sanders Park' actively encourages community involvement in planting and redevelopment schemes which 'Improve the health and well being of the community'.

In March 2014 the garden was shown to District Governor John Crawford and RIBI President Peter King: 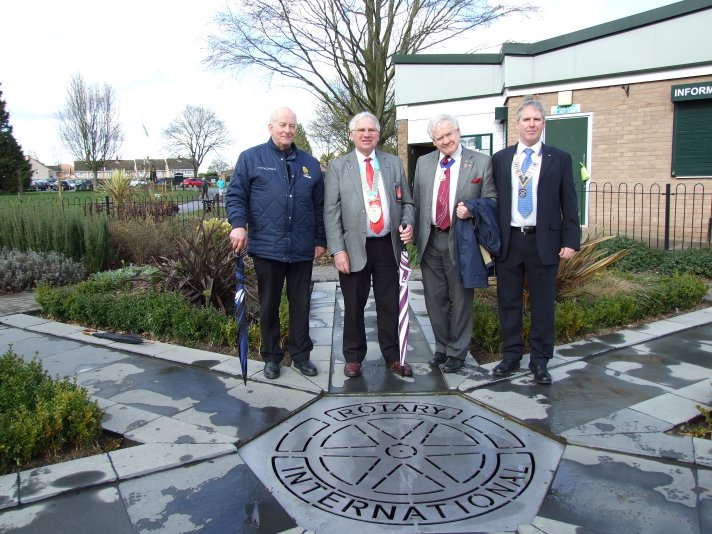 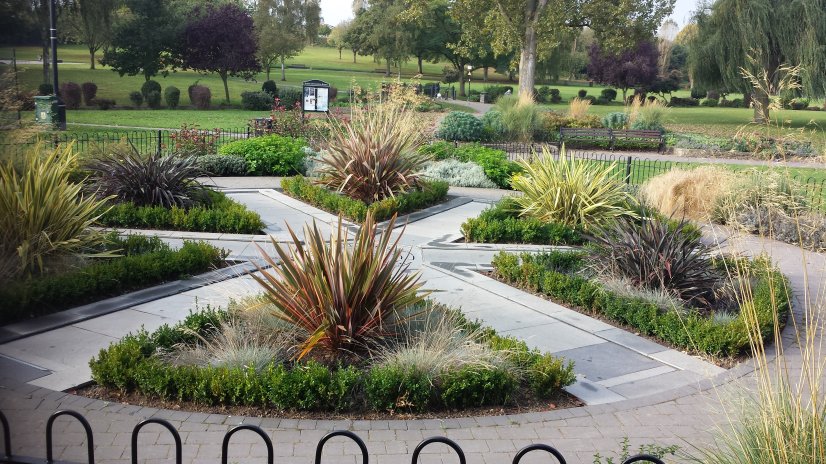 What is a Sensory Garden?

A Sensory Garden can be enjoyed by everyone but is specifically designed to stimulate the 'sensory stimulants' of:

A Sensory Garden is especially beneficial for people who:

The Sensory Garden in Detail

The Sensory Garden reflects the design of the Rotary Club wheel.

At the centre of the garden there is a metal plate cut through with the rotary emblem. Paths radiate from the centre to form water rills with the water flowing towards the centre.

The areas between the paths are enclosed with a box hedge to create planting areas for scented plants, shrubs, roses and obelisks with scented climbers. Beyond the outer square path there are more planting areas with the whole garden bounded by a metal railing.

The water in the rill flows gently at a maximum depth of 100mm making it safe for children to play in.