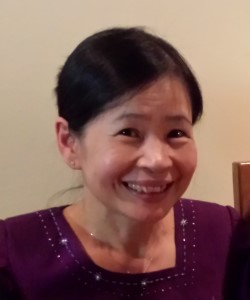 As I grew up my parents instilled in me the value of helping others in need and throughout my life I have supported many charities and good causes. In December 2004 a Tsunami hit South East Asia and many people including those in my birth country of Thailand were badly affected. My husband and I decided to raise money for the survivors and so we held collections and a charity dinner at our restaurant, Maekong Thai. With the help of the firemen from Bromsgrove's fire station we raised nearly £5000.

All of the money we raised was donated to the Rotary Club of Bromsgrove to be passed on through Rotary to those most in need. Some years later my husband joined the club and so I became a regular active helper at club events. In 2016 in recognition for all the work I had done for the club I was made an honorary member.

After seeing first hand all of the good work done by the club over several years I decided it was time to join myself and I\'ve not looked back since becoming a full member in March 2020.