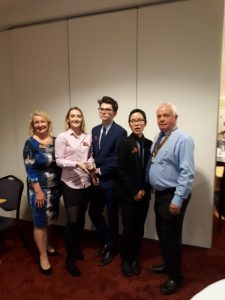 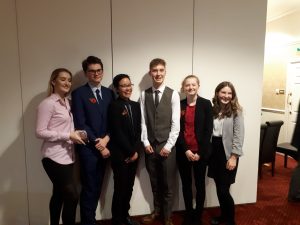 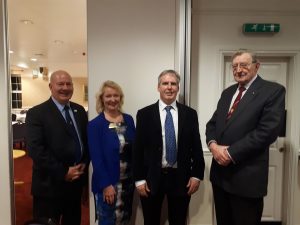 The Michael Holt Debate in memory of Michael Holt was staged again on 7 November at Droitwich Golf Club by the Rotary Clubs of North Worcestershire and Bromsgrove. Teams from North and South Bromsgrove High Schools competed, and debated the motion ‘This House believes that a university education is no longer necessary to achieve success in life.’ After a closely fought debate, the judges declared the North Bromsgrove students, who opposed the motion, the winners. The winning team is pictured in the first photograph, and the two teams together in the second photograph, while members of the Rotary Club of Bromsgrove are depicted in the third.

This entry was posted in Secretary's Notices on 9 November 2017 by Ron Pearce.

Warning: Use of undefined constant REQUEST_URI - assumed 'REQUEST_URI' (this will throw an Error in a future version of PHP) in /homepages/37/d34562897/htdocs/wsb823584101/blog/wordpress/wp-content/themes/Rotary/footer.php on line 29